Why and How to Hire the Long-Term Unemployed 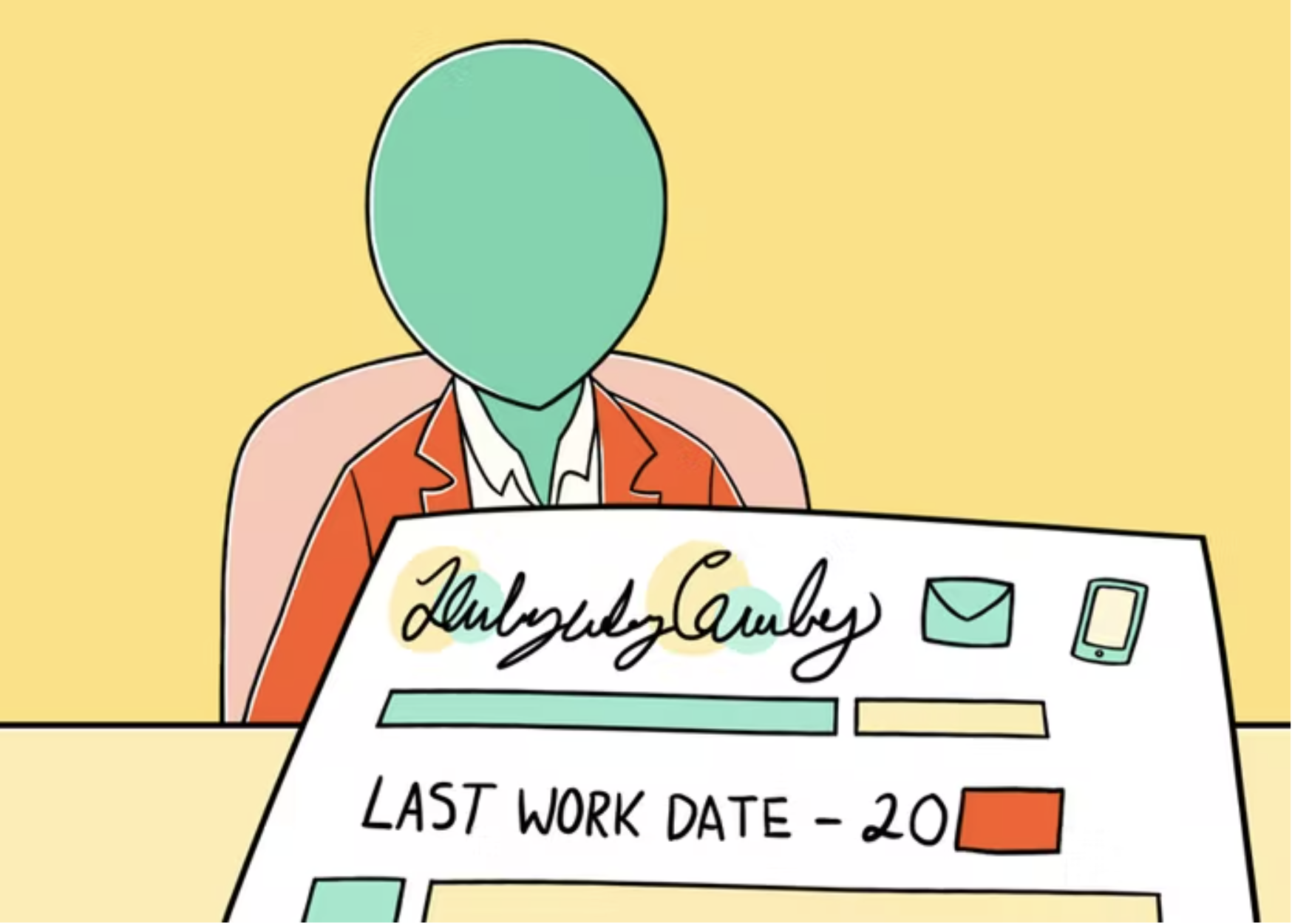 The thing about being unemployed is that not only are you out of work or possibly without any income at all, but you also face no small amount of stigma.

If you’re only ‘between jobs’ for a few weeks you’ll probably be alright, but longer stretches of unemployment have been found to be detrimental to health, physical and mental, and have a devastating impact on self-worth. It only gets worse the longer the unemployment lasts, and the reason for this is a simple bias - not just on the part of a person’s peers or networks - but largely on the part of employers and recruiters.

It’s very difficult to find a job when you don’t have a job. A 2017 study found that those unemployed spent 8.4 hours a week searching for jobs and applied to 8.1 jobs a month, while those employed only spent 1.2 hours a month searching and applied to 1.2 jobs a month. Even if they spent less time and effort, those currently employed got more contacts and offers.

A common misconception is that those out of work - even if they’ve been laid off - must not have been top performers and would still be working if they’d been better at their jobs. The belief that the best performers would be kept by the company no matter what is simply not true at all. Many people arbitrarily lose their jobs in reorganization shuffles, not to mention in periods of crisis (like pandemics) where everything is in flux.

Many people are unemployed through no fault of their performance, or they quit or left for whatever reasons (having a child, caring for a sick relative, moving, illness or injury, leaving a toxic workplace etc) without having another job lined up for them. And despite having perfectly valid reasons for being out of work, the bias is still very much there.

According to the US Bureau of Labour Statistics, anyone who has been out of work for 27 consecutive weeks (six months) is considered to be long-term unemployed. The longer a stretch of unemployment lasts, the worse the bias gets.

A widespread belief among employers is that if a person hasn’t been employed immediately, there must be a good reason for it. Each employer looks at the last work date and thinks someone must have interviewed this person and found them wanting, and so it’s simply not worth the time. If the person was hireable, they would have a job by now, right? This misconception makes employer stigma the greatest barrier the long-term unemployed have to employment.

Age bias also plays a factor. Older workers are more likely to experience long-term unemployment. Those who have had long successful careers and found themselves suddenly out of a job find that very few are willing to give them a chance, prioritizing someone younger with more ‘energy’ than someone with decades of experience. Currently long-term unemployment is widespread among workers 55 and older, and chances are that the longer they go without reemployment the more likely that they will drop out of the workforce altogether.

When people can’t find a job that reflects their level of experience and success, they often apply for lower ranking jobs. But then they get hit with a new bias of employers not wanting to hire someone overqualified for fear they won’t take the role seriously. And when they switch careers and try for a beginner job in a new field, they are considered underqualified (despite years of valuable transferable experience) and faced with age bias again.

The Negative Health Impacts of Being Long-Term Unemployed

Job loss has the most damaging effect on those whose survival is directly threatened, such as those with low-income and very little financial security to fall back on. Often healthcare is wrapped up in employment, potentially causing a decline in physical health as well. But job loss still causes a drop in mental health for everyone regardless of situation. Even for those who keep their jobs, job insecurity and financial instability have a long-lasting toll on mental health and stress levels. Many people who lose their jobs blame themselves or experience feelings of frustration and helplessness towards a system which deemed them not worth the cost of keeping around.

Long-term unemployment has the greatest negative impact. A study found that those facing long-term unemployment have higher rates of mental illnesses, especially anxiety and depression, and have a notable 1.6 increase in mortality rate. Constantly having to fight back against feelings of low self-worth and project positivity and confidence is exhausting but often necessary to try and convince employers to give you a chance. Showing that you’re desperate or that money is tight is the last thing you want to do. In many cases people resort to hiding how long they’ve been out of work, creating a whole new set of complications and stress to the already stressful process of job searching.

Relying on networking can become tricky the longer you are unemployed. At first people might reach out, but as the months go by more people will wonder why you haven’t been hired yet and be less likely to help. And then there’s the personal impact of reaching out and having to admit you’re still looking for work and haven’t been hired yet. For those who have had long successful careers, they might start to see themselves - or their peers might start to see them - as someone whose career has ended in disgrace, going from the top to the bottom, desperate for any work at all.

As someone who has been long-term unemployed, the stigma is very real. I found myself feeling that the only way I contributed at all to society was by going to the store and buying groceries, and if I didn’t do that it was like I didn’t even exist at all. Then there’s the embarrassment and dread of meeting a new person and the question ‘so what do you do?’ comes up and you have to explain that you’re between jobs and try to make it sound like everything is perfectly fine. It’s a lot.

There comes a point where you just stop looking. What’s the point if the longer it goes on the worse it gets and it’s just one rejection after another until you start to believe it yourself? We measure so much about a person based on their job, what they contribute to society, community, their sense of worth. Of course a person still has value if they don’t have a job. Of course they do. It’s just a matter of fighting against the stigma.

We Are in the Middle of a Pandemic

This is not something we can ignore. As businesses continue to reopen it is going to become vitally important that everyone who has been out of work due to the pandemic not be held back by unemployment bias.

The Benefits of Hiring the Long-Term Unemployed

When employers overlook the long-term unemployed they are cutting themselves off from a valuable talent pool. A study of 20,000 service and sales workers found that not only did those out of work for the last five years perform as well as the currently employed, but they performed slightly better. Those who hire the long-term unemployed find they are loyal employees with above average rates of retention.

While it’s often thought that someone currently employed will have an easier time jumping into a new job than someone out of work, that’s not entirely true. The long-term unemployed have more to lose and are likely to put in more effort and be willing to relocate or start immediately. Those who have been unemployed tend to strive harder to prove themselves over someone who’s never experienced job loss or dealt with financial insecurity.

There are many intermediary groups like local employment centres who will help set up a reliable pipeline to long-term unemployed talent. Working with such employment groups often cuts back on hiring costs and saves money, and in some cases there are even tax credits available for hiring the long-term unemployed.

It’s generally considered to be good for a community when everyone has a job or financial security. Long-term low incomes reflects negatively back on communities as people have less to spend, and less to put back into their community. By hiring the long-term unemployed it helps to invest in and build up communities - not to mention giving the previously unemployed a much higher quality of life and a healthier sense of self-worth.

When businesses build their brands by investing in and getting involved with local communities it increases the customer base and builds loyalty. People are paying more attention to businesses in terms of diversity, inclusion, and wider societal and environmental impact. 50% of the long-term unemployed in the US are from underrepresented groups. By tapping into this pipeline businesses will be increasing their internal diversity and inclusion, as well as helping out underrepresented communities.

How to Hire the Long-Term Unemployed

When hiring the long-term unemployed it’s important not to look for the perfect fit. It’s much easier to pick up job specific skills than it is to learn valuable transferable skills gained from years of experience in other fields or roles. Every new hire will need some training anyway, it’s better to invest in someone with more experience in general.

In the recruitment process, remove any language specifying candidates must be actively employed, or requiring a reference from a current employer, and have it be consistent across every job advertisement, application requirement, and screening process. Advertise job openings at employment centres. Focus on skills instead of employment history. Have a look over any AI or screening processes for filters that could automatically screen the unemployed out.

Openly state that you hire the long-term unemployed on job postings and on your website. Do bias training with hiring staff. Many people have lost their jobs due to factors beyond their control, it is no reflection on their skills or capabilities and they should not be judged for it. Don’t make a good credit score a must-have. Having a skills assessment is a great way of putting any doubts to rest on if a person is qualified for the job or not, so having the interview geared towards showing off skills rather than nit-picking gaps in resumes will lead to overall better results.

The unemployed face all kinds of biases and often suffer from poor mental health as a result. Recruiter bias has long been their greatest barrier to employment and overall better quality of life. Just because someone hasn’t worked for a while does not mean their experience and skills are any less valuable. It often means they are more than willing to put in the extra effort to prove themselves when given a chance.