What Software Engineers Want From Employers 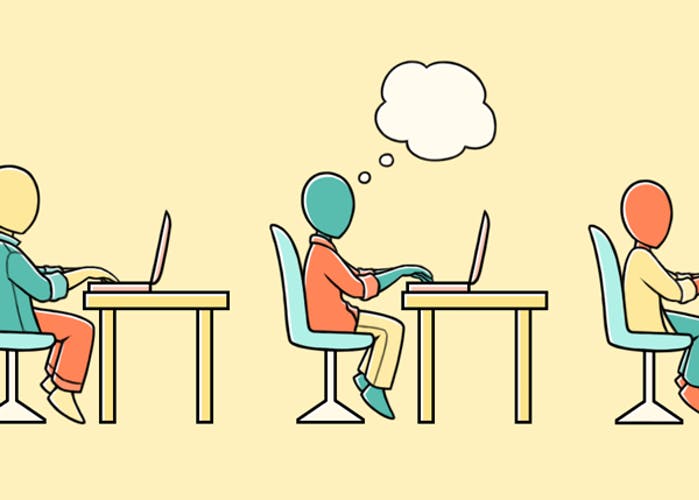 While competitive pay is an attractive job perk, a high income alone won’t be enough to attract and retain talented engineers. What happens when another company comes along offering a better salary? Everyone wants to be paid well, but engineers also want interesting and rewarding work. We found that company mission and impact on the product were areas engineers gave a lot of weight to when choosing a job - far more than income.

Company culture plays a huge role in retaining engineers, but hiring for it can be tricky. You want to hire employees with the same core values and complimentary work habits. For example, if your team tends to work unconventional hours, you want to hire someone who thrives under that kind of schedule flexibility. Culture is not about everyone on your team having the same interests. It doesn't mean you don’t hire someone for liking the wrong hockey team, or because they prefer wine to craft beer - those sorts of questions should never be part of an interview or of what makes up your culture. That’s just plain old discrimination with a new hat.

It’s also possible to get distracted describing your team hangouts and unique perks and end up underselling the actual job opportunity during the interview. Engineers want to work on impactful projects they’re passionate about and see their code shipped. They’re not going to take the job seriously if you’re overly concerned about what kind of outing they prefer instead of talking about tech stacks and the projects they’ll get to work on.

Mentorship and growth opportunities within the company are what engineers want in a new job. Women placed the greatest importance on their ability to grow within the company and stay for a long time. Have career paths right in the job description, as engineers are looking for companies that will support their professional development. This can be done through conferences, hackathons, online courses, workshops, career services, and mentorships, to name a few. When you invest in the careers of your employees you’ll not only attract better talent, but you’ll grow it right there in your workplace.

Many of our engineers wished they had known what the interview processes really entailed before applying. Most people don’t enjoy week or month-long interview processes with multiple rounds of phone screens and on-site technical assessments. Clearly outline your interview process in the job description. Keep in mind you are not the only demand on their time. Job searching is an extremely tenuous reality to exist in, as you never know when you’ll be called into an unfamiliar office at 9 AM the next morning for a round of interviews.

Engineers are discouraged from applying to jobs with long lists of desired skills and specific certifications. It shouldn’t be a laundry list. Separate ideal from minimum qualifications, and have this area of the description be easily accessible. It’s hard to imagine the sheer number of applications a job seeker has gone through in the past hours-days-weeks-months they’ve been looking. The clearer and more concise you can be, the better.

Keep communicating throughout the interview process. Let them know how long things are going to take, and get back to them quickly. They might well take another offer if they don’t hear back from you. A large number of our engineers said that lack of feedback was the worst part of an interview. If you can give them feedback and keep in touch throughout the process, they’ll be more likely to choose you over another company. It’s a good idea to seek feedback on your hiring process from new hires. They’ve just been through the system and can tell you what they liked, disliked, and what most put them off/attracted them.

Nearly 60% of all surveyed engineers preferred to be assessed by a paid trial than by several rounds of interviews. Take-home assessments were also preferred, while practices like phone screens and on-site technical whiteboarding were generally disliked. It’s terrifying to think that your entire merit as an engineer is being judged by a stressful half-hour of questions in a small room with high stakes. Engineers want to prove that they are capable by letting their work speak for itself. Paid trials are especially useful as you can see the engineer in a real work environment interacting with your team and doing real day-to-day tasks. A paid trial is also more likely to leave a positive impact on an engineer, as even if you don’t hire them they will have received paid experience and feedback. They’ll be more likely to recommend your company to their peers as well.

Finally, use referrals. Networking is an important tool in finding talent. Anyone can write flowery job descriptions or an impressive resume, but word of mouth is instinctually more trustworthy. Many of our engineers searched for jobs through referrals and networking. Consider setting up a referral program and offer rewards for referrals to better recruit talented engineers.

You can learn more by following the link to the survey, or by chatting with us directly on hatchways.io