The Pros and Cons of Blind Hiring 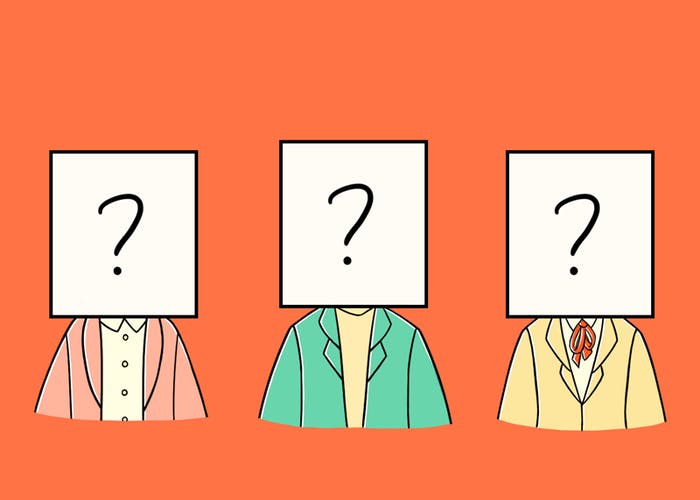 What is Blind Hiring?

Having an inclusive and diverse workforce is becoming increasingly important. A 2020 Glassdoor study found that 76% of job seekers say workplace diversity is a major factor in deciding which jobs to apply for. As more businesses scramble to hire people from wider demographics, the question becomes how do we make hiring practices more inclusive?

On the surface, simply choosing to hire people who are not white, straight, cis-men with degrees from prominent schools should be simple enough. You would just...hire diverse candidates. But as it turns out the entire recruiting process is a bit more complicated and convoluted than that. There are all sorts of built in biases, for one. Some of them are very easy to spot (like only hiring graduates from Ivy league schools) and others are much more insidious and sunk so deeply into the fabric of recruiting that it calls for a wider reworking of the process.

Many biases are unconscious. A person can have the best of intentions and be completely unaware that subconscious preconceptions on their part are influencing who their gut tells them would be a good fit. Affinity bias also comes into play, where recruiters give advantage to those with similar backgrounds and interests as themselves.

Blind hiring is one solution. The idea is to intentionally hide personal information about candidates on resumes, applications, and even during interviews to avoid biases and leave recruiters with no choice but to assess everyone fairly based on merit.

So what are the pros of blind hiring?

Blind hiring was first used in the 1970s by the Toronto Symphony Orchestra in an effort to diversify their almost entirely white male demographic. With auditions being held behind a curtain hiding the musicians from sight, it led to an increase of 25 - 45% more women hired.

A Harvard study found that those who ‘whitened’ their resumes by hiding any references to their race or ethnicity were twice as likely to be interviewed than those who did not. By investing in processes that automatically do this, blind hiring widens candidate pools by stopping candidates from being initially screened out due to bias, and with more diverse candidates making it into the interview process their chances of getting hired increases drastically.

As blind hiring is based around merit, the interview process usually includes a skills assessment or pre-employment testing. These give candidates a chance to actually show their skills and what they can do (in an environment hopefully similar as possible to the one they will actually be working in. Whiteboarding does no one any favours). Assessments tend to be popular among developers and many report a better overall candidate experience because of them.

Relying on algorithms to do screening and assessment reviews can save a significant amount of time. And while there’s all kinds of platforms and software that can implement blind hiring into your process, there’s always the option of having a team member without any involvement in the process go over resumes and assessments and manually block out personal information.

Another beneficial side effect of having hiring departments going over their process and identifying which information should be hidden is that it leads to greater awareness of biases in general, and how seemingly innocuous information can influence a subconscious bias. It leads to more introspection and a greater awareness of how something like relying on graduates from certain colleges excludes a lot of talented people and may not actually lead to greater job performances at all.

While it’s generally believed that blind hiring will decrease biases in the hiring process and lead to greater workplace diversity this is not always the case.

One obvious issue with blind hiring is that personal information about a candidate can only be hidden during initial stages. Eventually a candidate will be met face-to-face (or screen to screen) and certain personal information will come out. While blind hiring leads to an initially more diverse pool of candidates, as soon as the information is revealed it often ends the same way, with biases coming into play at the last most critical stages to employment.

It’s also impossible to fully mask every identifying detail about a person. For example, women tend to talk about their achievements in organization and working cooperatively as a team, while men tend to highlight individual skills and use more technical phrases. These are of course generalizations and in no way accurately represent entire groups, but word choice and language used give recruiters an idea of who they think the candidate is - true or otherwise - and can then influence who they choose.

Hiding information about candidates can make it difficult for employers to make judgement calls in terms of work history. An employer would have no way of knowing a gap in employment was due to maternity leave, for example, with such information hidden. It also makes it difficult to hire based around emotional intelligence and if the person would be able to work well with the team. Some feel it gets in the way of both the employer and the candidate being able to candidly interview the other, the employer to see if they would be a good fit for the role, and the candidate to get a better idea of who they will be working with.

Blind hiring puts much of its weight  into skills assessments. Many candidates will happily complete these as it gives them a chance to show off their skills instead of being filtered out at an early stage for living in the wrong area code. However this is not the case for everyone. Some candidates refuse on principle to work for free, even if the work they do is rarely if ever used for anything other than showing off their skills with mock projects. For someone applying to multiple jobs, having to sink a good few hours into assessments on top of the time the rest of the interview processes already take can add up to a lengthy process with potentially very little payoff.

In some cases companies seeking to increase their diversity are actively looking to hire more diverse candidates and are naturally more biased in the favour of underrepresented groups. Adding in blind hiring practices can then lead to less diversity as they don’t know who to give advantage to until later stages when a significant portion of candidates have already been filtered out.

So What’s the Verdict on Blind Hiring?

Knowing that blind hiring doesn’t always have the intended outcome doesn’t mean that the entire concept is bad. Many of the practices have merit and have led to positive outcomes. What is important to remember is that blind hiring is treating the symptom of a much larger problem. It will not create an inclusive workforce all on its own. It is one tool that can be used for a positive outcome, but knowing where and when and how to apply it is going to differ in every case.

It’s likely impossible to completely eliminate all bias from hiring. We’re only human after all, and relying on past experiences and preconceptions is part of that. Even algorithms are written by humans and often end up adopting the biases of those who write their code.

To successfully use blind hiring it’s important to set achievable goals, timelines, and keep in mind what you are actually trying to accomplish. This can mean deciding which information is hidden and which remains in plain sight. In some cases having initial blind screenings might be enough for one company while another might find more merit in keeping everything hidden until the very final stages. Blind hiring can only go so far. At some point candidates should feel their differences are not simply tolerated but have value on their own and are celebrated.

In some cases what is needed is a wider cultural audit of a company to find out if it is biased, and if so how might it be best mitigated. Bias training and awareness is a good place to start, but wider cultural change must be supported on all levels of management if it is to lead to any meaningful change.

There’s less chance of bias if hiring decisions are made between a panel of people who will have to explain why or why not each candidate is suitable. This hiring panel should ideally be a diverse group of people themselves. Nothing is more discouraging than hearing a company talk about how diverse and inclusive it is and then seeing an all white group across the interview table.

Blind hiring alone will not create a more inclusive and diverse workforce if candidates are being discriminated against in the final stages of hiring, or if those who are hired join a workforce with a homogenous culture and demographic. Is it really ethical to hire one woman of colour from a small community college into an environment of all white, straight men from Ivy League schools? What is there to support her or to ensure she has any mobility in her career?  Recruitment is only half the battle. The rest is retention and making sure those who come have inclusive environments where their careers can thrive.