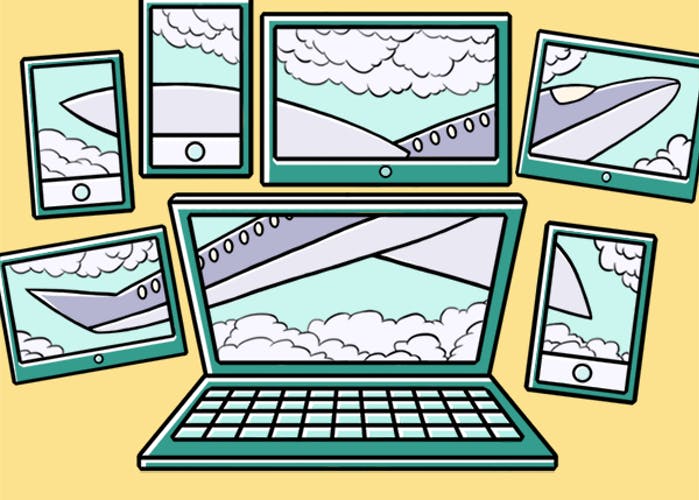 Have you ever wanted to leave your job? The feeling of being numb to the mundane tasks of your daily routine have driven you mad. You become so irritated and desperate for change that you go beyond searching for a new job, and book a flight half way across the world during your lunch break. The thought that travelling for a few months would answer all my internal questions was a bit naive, yes. But the joy I felt booking that ticket was something I hadn’t felt in ages. That feeling of excitement and wonder was finally reinstilled in my uneventful and lackluster life.

In the midst of fulfilling my final two weeks I had done more research on travelling than I did on how to advance my career in the past year. Amongst the countless travelling vlogs I stumbled upon a few interesting reads. “Why I chose to quit my job and travel the world”, perfect, preach to the choir. “10 reasons why you shouldn’t quit your job”, ya I’ll pass on that. After reading several more articles yelling at me to not abandoned consistent income in order to search for a deeper meaning to life, I decided to take a few steps into setting myself up for success upon my return. After a couple networking events and bringing my resume to a few recruiters, I was told I’d be in great shape for the job hunt. Employers don’t mind a small employment game, they said. Your resume is terrific.

To give a bit of context I had been with one employer for five years and made tremendous growth within the company. My career in retail had taken me to work, live and help open several stores in Vancouver and Toronto right out of university. So being told my resume showed loyalty, relocatability, and growth rapidly led me to believe my resume was “bulletproof”. I boarded my flight with confidence that I would be able to land on my feet as soon as I returned.

Fast forward a few months later and we’re back in Canada. Armed with an impenetrable resume, ambitious mentality and a pocket full of leftover pesos to get to and from interviews (they look oddly similar to loonies and toonies. Sorry TTC employees) I was certain I could land on my feet in a short turn around.

Three weeks into my job hunt I began to feel like a child in gym class again. Jumping up and down trying to be picked for a team at recess but being constantly overlooked. Why was this taking so long? Was it the companies I was applying to? Having worked for a big name company for half a decade I couldn’t picture myself working set rules and structure. Or maybe it was the fact I was applying for marketing and sales positions that required 1-3 years of experience and mine could be summed up in one sentence. Perhaps it was all of the above. Nonetheless, after countless resumes and cover letters scattered across Indeed still not one call, email or LinkedIn profile view.

At last, a breakthrough! A few phone screens and interviews began to trickle into my glamours un-employed lifestyle. That glimmer of hope was short lived, as follow-up calls began to sound like a broken record. “You did a great job in the interview, but we went with someone who has more experience”. My inner child began to scream “Just pick me! You’ll see what I can do!”

With my patience, moral and bank account running thin, I was ready to retreat from battle. Hide in the comfort of a retail job I knew I could attain. It wouldn’t be that bad, amazing benefits, great discount, sprinkled with the constant feeling of being complacent. Not a bad gig, I could live with that.

I wouldn’t do it. The whole point of travelling was to push myself out of my comfort zone. Taking the easy route would defeat the entire purpose of the trip.

As I began to scale the never-ending wall of unemployment, we had reached our peak summit point of a month and a half. Anxious, but still open for change, my friend invited me to a tech event. This was as far out of my comfort zone I could go. I owned an iphone and owned a semi functional laptop, what more could I possibly learn about the tech industry?

Upon entry I immediately realized I was overdressed. This wasn’t the normal business professional networking event. Everyone looked as if they were heading to the gym or to lunch in Kensington Market. I couldn’t tell the difference between a CEO, web developer or a sales person and I loved it. The energy in the air was intoxicating. Everyone was inspired and truly felt as if they were making a difference with their work, and most importantly, everyday was something new. Wow! What was this upside down world and how do I become apart of it? It was clear, a start-up was where I wanted to be.

Rejuvenated, I began sending out applications to start-ups as soon as I got home. One email response stuck out in particular and it was that of Hatchways. “Blind evaluation, Skills evaluation.” So you haven’t seen my resume? Amazing! I spent the next day at a coffee shop completing the assessment, and was catapulted from my comfort zone. Being pushed in all the questions that were being thrown at me I felt challenged, a feeling I had been yearning for what seemed like an eternity. Finally I could display my practical skills and not be held to what my resume defines me as.

One assessment and interview later and I had multiple interviews with other start-ups for business development & marketing positions. I’m now a month into my role and loving every minute of it. Without Hatchways I would have never got a foot in the door at a tech start-up and working within such a collaborative workspace.

This blog has been posted on Medium.