Learning how to Code in my 30s, and Landing a Job at Tesla 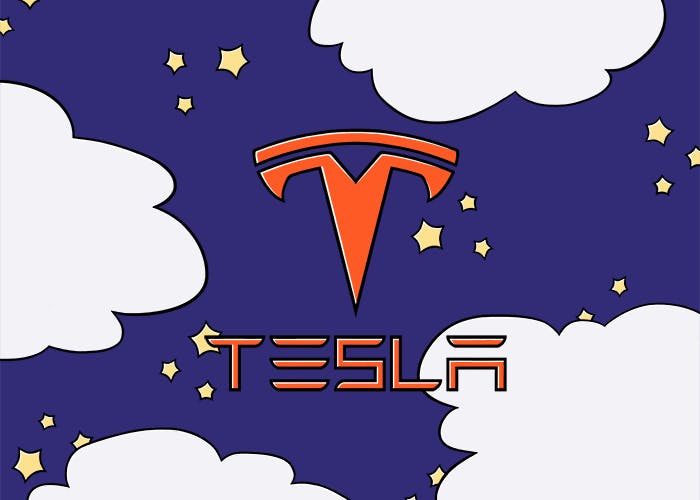 My journey to my first job in the US, and my first job in web development was excruciatingly long. I’ve decided to share it hoping it might help somebody in the same situation to not lose hope and determination.

Before coming to the US from Europe I’d never really cared about my career, so it consisted of several non-related short-term roles influenced mainly by whatever was the easiest option. My master’s degree in education was fun to acquire but never used. I wish I was more conscious about how I shaped my life in my 20s... oh well, that was an important experience too, that led me to where I am now.

After getting married to a tech guy and moving to San Francisco, California, I got stuck in an H4 visa situation where I was allowed to study but not to work. It would only take a couple years tops to get a green card, my initial overly optimistic thought was.

It took six years instead.

I’m not going to describe the desperation one feels when stuck in a bureaucratic hole where nothing can be done to speed up the process, hoping it will be over soon and getting your application rejected instead, passing medical examinations again and again just because they expire before being used by officials. Seeing your friends getting new jobs and promotions while you spend hours in the local DMV in order to extend a drivers license for the umpteenth time by proving over and over again that you live in the US legally.

I’m sure many immigrants had the same experience or worse.

Nonetheless, America was good for me. For the first time in my life after turning 30 years old, I started seriously contemplating what I wanted to do and how to start my career for real. A mere memory of coding my first HTML tag as a kid in computer class determined my choice: I began taking a front-end development course at General Assembly and then continued to study web development in the City College of San Francisco.

It felt surprisingly good, to have control over something for a change, to know I could still learn and improve. Elements appearing on the page at my command reminded me that I could create and design my own future too. I was still not able to work, but I freelanced for my friends and non-profits, constantly taking online courses at Udemy and Udacity, trying new technologies, going to hackathons, taking any chance to work with other developers and clients, working on my LinkedIn profile, and getting feedback from whoever would care to provide it. I wanted to be fully prepared for my future job.

The Hatchways project was one of the most useful ones. Working with other engineers and a project manager? Check! Using the most popular tech stack and learning new things? Check! Using Agile development techniques and creating PRs? Check! Experiencing a difficult situation (one of the engineers left in the middle of the project) and successfully dealing with it? Sure, I can talk about that now in the job interviews!

To make a long story short, let me reveal the happy ending: I finally got a green card and, even better, my first job as a Front End Software Engineer at my dream company, Tesla!

All the preparation and the project with Hatchways helped me feel confident to apply for this position, even though it seemed like going to the Moon was probably more possible for me than actually working at that company. ‘Houston, the Eagle has landed’.

The difficult process of interviewing and finding a job is worth another story, but for now, I know that the struggle, desperation, sometimes tears were worth the result and led me to exactly where I needed to be.

The new chapter of my life is just beginning, and I want to wish everyone who struggles to find a job: keep going one step at a time, constantly improve your skills, and don’t be afraid to apply. Your dream job might be just around the corner.