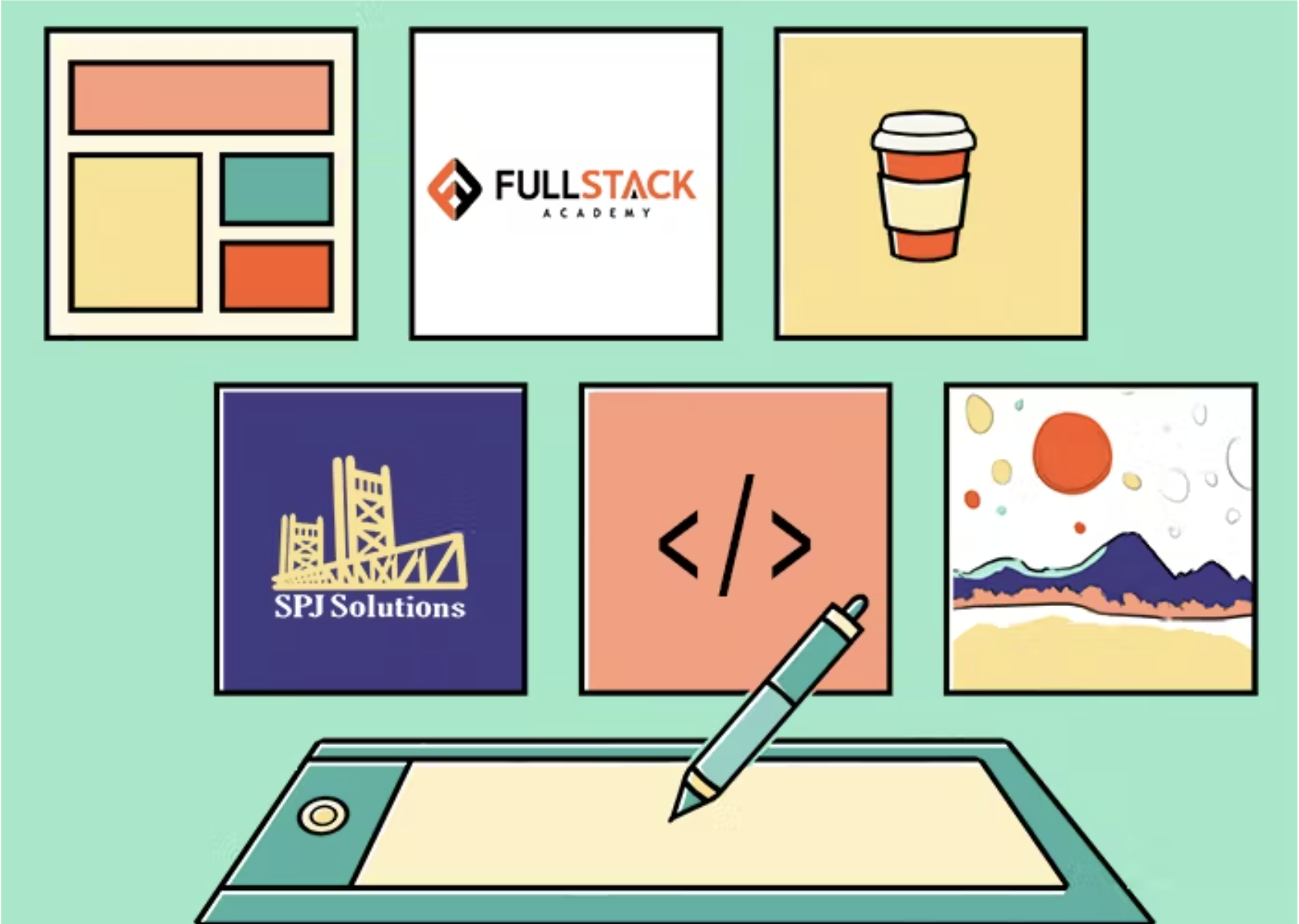 Before programming, I was a psych major at Stony Brook University. I was going to school because my parents wanted me to with the idea I was going to do pre-med. I also really liked art. Initially, I didn’t actually enjoy programming as I’d taken computer science in high school and it wasn’t very interesting to me at the time. After college I did a bunch of odd jobs to figure out my life; I worked as a barista, a clerk in a financial advising office, and as a freelance illustrator.

Eventually, I met up with an old college friend who was a software engineer at Splash at the time. This was back when the company was just starting out in a small office in midtown. She gave me a tour of her workplace and showed the projects she was working on. She was doing frontend, maybe full-stack (this was a long time ago!), working with React and PHP. I thought it was really cool and something I could enjoy doing for a living. So I asked her about programming and she pointed me to some coding resources such as freeCodeCamp and Codecademy. I had another friend who went to a bootcamp (appAcademy), and told me about using a bootcamp to jumpstart his career. Ultimately, I decided to go to Fullstack Academy after a few months of self-learning and applying to bootcamps.

After coding bootcamp, I continued studying code and applying to jobs. I did some internships to build up my resume. After a few months I stopped looking as I decided to give freelance illustration another chance. I did freelance illustration while teaching code part-time at a coding bootcamp. After six months I decided to try looking for a full-time coding job again as the illustration thing wasn’t kicking off, coding was still fun, and I needed to make a decent living.

My biggest challenge on the job search was getting interviews. It’s a weird industry. There’s a huge demand for engineers - just not entry-level. Junior roles always have a plethora of applicants, making them incredibly competitive. I had to apply to a lot of jobs. The one I got was through the Fullstack alumni network, but I also had interviews from all sorts of places. It’s pretty much a shotgun method when you’re starting out. It’s also time-sensitive, as there’s barely anything to apply to in winter, but as soon as January comes around there’s jobs everywhere. Even then, you have to apply to all of them and hope for the best.

I forget how I heard about Hatchways; I think I saw a promotion online. Initially I was going to do the regular Hatchways experience, and ended up doing the project-based course. It just made more sense as my last big project was solo - I was almost done with it - but I decided that the more projects the better. It was also a group project which would be a good experience for me, and I was curious to see what that was like.

What I most liked from Hatchways was the support they offered. The job search sucked so much, and so much of that is because you are on your own. I took a six month break after finishing bootcamp, so that made it even harder to have any kind of support. With Hatchways, there were projects to help me get back into coding - like getting back on a bike - and the interview prep. I was practicing every week and checking in with them. It really helps to have someone ask ‘hey, what did you do?’, ‘how did that go?’, or ‘why don’t we practice this?’ It’s much better than simply waking up and willing myself to practice algorithms on my own and apply to jobs. It also makes a huge difference that the team leads you have for your Hatchways group projects have coding experience. I learned a lot from my team lead and group members during the project phase.

I didn’t get an internship through Hatchways, but I was still working with them for the interview phase. I continued to work with my assigned and amazing team lead, Shums. He scheduled weekly meetings for me to meet with him, other Hatchways staff, and other applicants in the Hatchways pipeline for interview prep, both behavioural and technical. I had two interviews, and my third got me a job. Each interview was a learning experience as I had to adjust my studies each time afterwards. Right now I’m working at SPJ Solutions, a small cyber security company. I work on an application that’s used for implementing software. It’s a full-stack developer role with lots of opportunities to learn new things, and we use a modern tech stack that I like. I enjoy it very much as of the writing of this post!

Right now I’m just getting comfortable at my work. I’m hoping to keep coding for a few years and get more experience. My big goal is to either keep programming and go into project management, or to make my own website. My years of experience would help improve my website, hopefully, and be a comic posting website, kind of like webtoons. I’ve been drawing since high school, and though it’s a bit tough to keep it up on top of work, I still do it. You wake up, do your work, then draw, go to sleep, and it starts again. I like to think of the high school wrestling motto: “Embrace the grind”.

If I could give my past self some advice, I’d say it’s never too late to learn things - but there is a tax you have to pay off in the future. It’s much harder to catch up, then having done everything when you were young. The earlier you start, the less you have to suffer in the future.

I really like the logic behind programming, and the creative aspect of it. With art it’s similar, there’s a logical component in working with light and shadow, figuring out the light sources, designing it, making sure everything makes sense. It’s making something that attracts me. For my parents’ wishes, it was for me to be some kind of a doctor or lawyer, but I like building things, and the application I’m working on at the moment is really cool so I am grateful for the creative opportunities coding has brought me. It’s another way to leave an impact. It’s a very human thing, an exclusively human impulse, to make an impact and that matters to me.