MOOCs Part 1 - What are MOOCs? 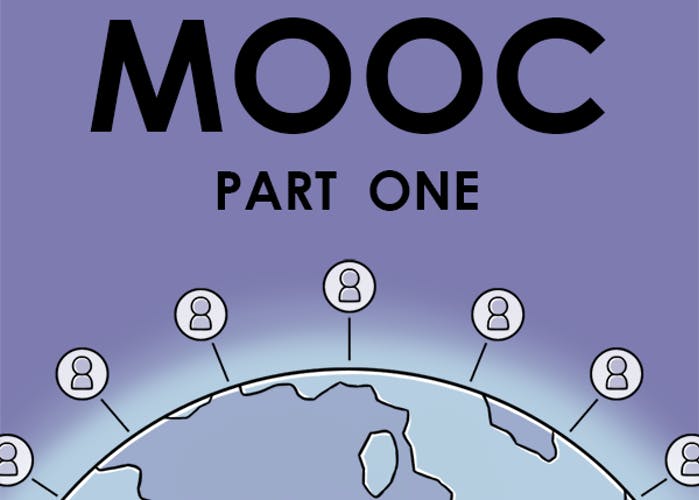 This is Part One on MOOCs. Part two, ‘Critiques and the Future of MOOCs’, can be found here.

MOOCs, or Massive Open Online Courses, are free, open source, online courses, designed to be taken by as many people as possible.

The History of MOOCs

The first official usage of the term ‘MOOC’ was in 2008, but distance learning itself has been around for a long time. Of course, in the 1800s it consisted of correspondence courses done by mail, and while later with the advent of radio and television there were new ways of taking remote courses, there were none that were widely used or popular at all.

The Open Education Resources Movement started up around the same time the World Wide Web first launched in 1992. As you can guess from the name, the Open Education Resources Movement was an attempt to make education, and the resources needed for education, openly accessible to as many people as possible. As the internet developed so too did the movement, but it wasn’t until the 2000s and the expansion of the internet that distance learning really took off.

MIT (the Massachusetts Institute of Technology) first established OpenCourseWare in 2002, and then in 2006 Open University started OpenLearn. In 2008 George Siemens and Stephen Downes ran a course called ‘Connectivism and Connectivity Knowledge’ at the University of Manitoba. While this course was designed for twenty five students who paid a fee and earned credit, it was also opened up to students worldwide - the only difference being they had no fee to pay and earned no credit. Over 2,300 participated in what was first described as a MOOC.

Stanford University offered three online courses in 2011, most notably Sebastian Thrun and Peter Norvig’s ‘Introduction to Artificial Intelligence’. It attracted 160,000 students worldwide, with over 20,000 completing the course. The focus of the three Stanford courses was to reach as wide an audience as possible.

On the heels of that success, Thrun founded Udacity in 2012, which offers and develops free MOOCs. That same year, Andrew Ng, Daphne Koller and other Stanford professors founded Coursera, a company that partners with Universities to make MOOCs. Then MIT and Harvard University developed edX, a platform offering MOOCs.

A report by Class Central tells us that today, MOOCs are run by over 900 Universities, governments have their own nation specific platforms, and over 100 million students worldwide have signed up for at least one MOOC.

But what are MOOCs? What was the driving factor behind them, and how do they work?

This quote from a 2013 study of MOOCs sums up the initial idea nicely: “The development of MOOCs is rooted within the ideals of openness in education, that knowledge should be shared freely, and the desire to learn should be met without demographic, economic, and geographical constraints.”

According to the study, MOOCs were developed with the goal to make University level education free and available to as many people as they could. As previously mentioned, this was part of the Open Education Movement, and with the internet really coming into its own, this goal seemed more realizable than ever.

The study then defines two identifying factors of a MOOC: Open Access, and Scalability. Open Access here means that ideally anyone anywhere can participate in the course, as it is free and can be reached globally online. Scalability talks to the course’s ability to be taken by an infinite number of people. It shouldn’t matter how many are taking the course, there can always be more.

MOOCs can provide freely accessible courses teaching desirable and much needed skills. In so doing, they could drive down the rising costs of tuition. They have the potential to change the way higher education functions altogether. With this in mind, many elite Universities and begun to put their courses online, and some are collaborating with tech startups to offer online courses (like Coursera and Udacity).

The potential reformation and exploration of Higher Education has interested governments, institutions and various commercial organizations - perhaps understandably. MOOCs can influence not only the changing face of education, but allow brands to expand their reach and reputations to international markets.

MIT and Harvard University used MOOCs as a way to study how students learn. Insights from MOOCs could “improve innovations in teaching and learning on campus.”

Tuition is rising, making it even more difficult for those with lower incomes to attend post secondary education. Online courses have been an answer to that, but many still require a steep cost that while less than college tuition, simply isn’t feasible for many. MOOCs provide a solution, with no financial barriers to education and specialized training.

For commercial organizations, MOOCs are a way to enter into the Higher Education market by partnering with institutions. If done right, this can create a valuable pipeline from education to the workplace in the recruitment of skilled employees.

Each MOOC is different, some are massive but not open, some are open but not massive. They can be loosely separated into two categories: cMOOCs and xMOOCs.

xMOOCs tend to resemble the typical classroom format and instructional methods, often with quizzes and tests. Many xMOOCs are the result of partnerships with universities, and may offer the courses for profit. Examples of these would be Coursera and Udacity. While xMOOCs allow students to choose their own paths through the material, they don’t offer the same social learning experience as cMOOCs. They align more closely with the traditional format of classroom education, perhaps not surprisingly as they are often the result of partnerships with education institutions.

cMOOCs on the other hand, are all about community. Online communities. What cMOOCs stress is the strength of a group of like minded individuals all learning together and from each other. If the traditional classroom-like learning with instructor set apart from students of xMOOCs doesn't sound appealing, cMOOCs provides an alternate, with students learning from each other and often crowd-sourcing problems. Courses are built with a group in mind, and tend to be free from the constraints of typical institutions as a result. These courses are considered to be the ‘radical fringe’ of Higher Education.

With MOOCs offering students a flexible schedule and more time to absorb the material, it’s easy to see the appeal.